EARTHMD CBD IS A PREMIUM, FULL SPECTRUM HEMP CBD OIL THAT IS NOT A DISTILLATE, ISOLATE OR CHEMICAL VERSION OF CBD.

Premium CBD Products. EarthMD CBD was started by a physician who wanted a better way to help people feel amazing.
The farm that produces our products is located in Colorado Springs.

We do not source our material from other countries. Our factory uses minimal carbon footprint and very low waste.

We even reuse the waste hemp fiber for animal feed.
Each batch of our product is tested for quality and consistency.

The United States Department of Health and Human Services holds a patent called ‘Cannabinoids as Antioxidants and Neuroprotectants’ (Patent #6,630,507). This patent states: Cannabinoids have been found to have antioxidant properties, unrelated to NMDA receptor antagonism. This new found property makes cannabinoids useful in the treatment and prophylaxis of wide variety of oxidationassociated diseases, such as; ischemic, agerelated,
inflammatory and autoimmune diseases. Cannabinoids are found to have particular application as neuroprotectants, for example in limiting neurological damage following ischemic insults, such as; stroke and trauma, or in the treatment of neurodegenerative diseases, such as Alzheimer’s disease, Parkinson’s disease and HIV dementia. Cannabidiol has been studied as an antiepileptic. Nonpsychoactive cannabinoids, such as cannabidiol, are particularly advantageous to use because they avoid toxicity that is encountered with psychoactive cannabinoids. Another prominent institution that has published their research on CBD and hemp, is Mayo Clinic.

WHAT SOME PEOPLE ARE USING CBD FOR: 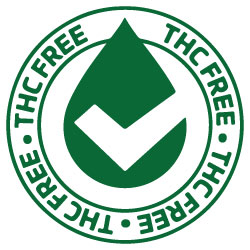 All of our products are THC free and safe to use.

We use nano-emulsion technology which makes our product more bio-absorbable, and more efficient than raw CBD oil. 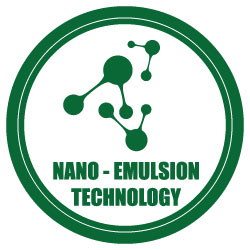 Nano-emulsion technology make our products more effective and fast-acting, it is less expensive in the long run because you need less per dose. 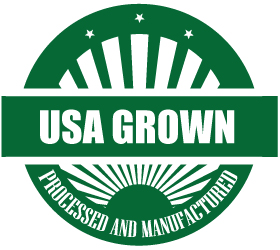 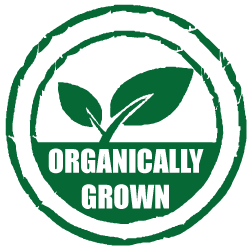 Grown without the use of pesticides, synthetic fertilizers, sewage sludge, genetically modified organisms, or ionizing radiation. 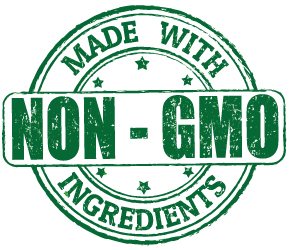 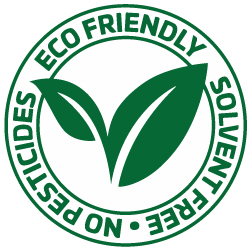 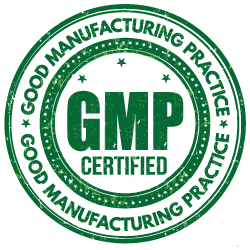 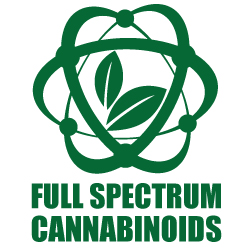 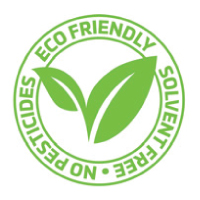 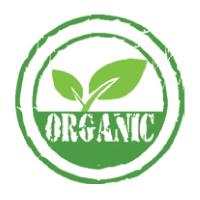 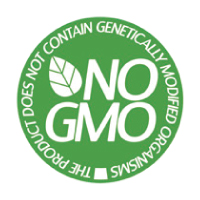 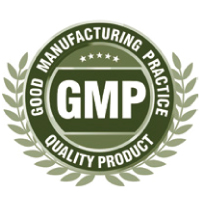 Our natural genetic strains of phytocannabinoid rich hemp are grown in Colorado, USA under strict guidelines using only organic farming practices.  All of our hemp is registered with the Colorado State Department of Agriculture.

WHAT IS OUR ENGINEERING PROCESS?

HOW DOES CBD WORK?

Our body’s endocannabinoid system was found to be directly involved in the processes that keep our bodies balanced day to day, including: appetite, pain sensation, mood, memory, immune system functions, and inflammation control. Essentially, the system helps to manage homeostasis, balancing our body’s natural conditions. Our system is made up of receptors that are located in the brain and nervous systems throughout our body. Our body creates its own cannabinoids, called endocannabinoids, to help support this regulatory system. CBD supplements these naturally created endocannabinoids to keep the receptors working at
optimal capacity. Similar to how we use vitamin C to kick start our immune system, CBD acts as a kick starter to help the functions of the body’s central regulatory system. 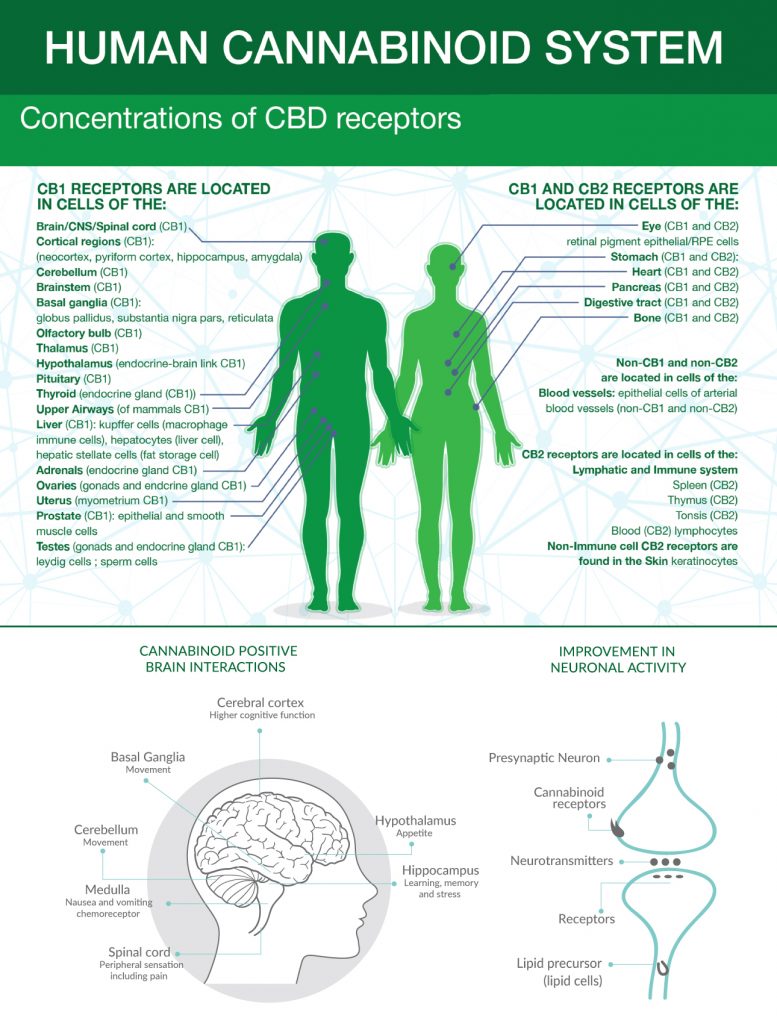 We are passionate about providing you with only high quality and safe products.

How to place an order?

Add all your products to your cart and check out.
Payment will be completed and an invoice will be emailed to you after you check out.
In order to provide a better more secure payment processing service, payment is through invoicing.
Once you complete your check-out process you will receive a separate invoice through which you will be able to pay using Apple Pay and G Pay. This allows for a more secure processing of your payment.
Please allow up to 24 hours to receive the invoice.
Thanks for your loyalty to our health driven products!

A portion of our proceeds goes to support the habitat of the monarch butterfly.
Visit us at our next expo and donate to plant a tree.

WHAT IS CBD (CANNABIDIOL)?

Cannabidiol (CBD) is a chemical compound that comes from the hemp plant. It is one of over 85 unique compounds found in hemp, known as cannabinoids. While its exact benefits and effects are still being researched, it is interesting to note that the United States Department of Health and Human Services holds a patent titled ‘Cannabinoids as Antioxidants and Neuroprotectants’, which claims that:“Nonpsychoactive cannabinoids, such as cannabidiol, are particularly advantageous to use because they avoid toxicity that is encountered with psychoactive cannabinoids at high doses. Cannabinoids, which can be either consumed (phytocannabinoids) or produced naturally by the body (endocannabinoid), are chemical compounds that interact with the body’s central regulatory system (the endocannabinoid system). This system is known to manage homeostasis and affect bodily processes such as appetite, mood and sleep. CBD is an example of a phytocannabinoid. Although our bodies can naturally produce its own endocannabinoids that bind to cannabinoid receptors in both the central nervous system and the peripheral nervous system, phytocannabinoids help to kickstart our central regulatory system and provide powerful benefits.

WHERE DOES CBD COME FROM?

CBD is extracted and separated from specific varieties of cannabis. It is the second most abundant compound in cannabis, typically representing up to 40% of its extracts. CBD is a compound that can be found in both psychoactive cannabis (marijuana) and non-psychoactive cannabis (hemp). However, most legal CBD products that you find on the market will be extracts from hemp. In contrast to marijuana, federal law allows for the cultivation, processing and marketing of hemp and hemp products, which would include cannabinoids derived from industrial hemp. Passed by Congress and signed into law by the President in 2014, the Farm Bill permits the growth and cultivation of industrial hemp in states where hemp is legal to grow. (Section 7606 of the Agricultural Act of 2014)

DOES CBD GET YOU HIGH?

CBD often gets mixed up with THC, which is another cannabinoid found in cannabis. CBD and THC are the two most abundant compounds found in cannabis. Yet, they have fundamentally different properties and benefits. THC, an intoxicating and illegal substance, it is responsible for causing marijuana users to get “high.” Unlike THC, CBD does not cause a high. CBD is non-psychoactive because it does not act on the same pathways as THC. A 2011 review published in Current Drug Safety concludes that CBD “does not interfere with several
psychomotor and psychological functions.” While CBD can be separated from THC and CBD cannot get you “high,” there is still a lot of stigma as many people tend to mistake the two compounds. Just know this: It is impossible to get “high” by smoking or ingesting CBD extracted from industrial hemp plants.
Our product has 0.0% THC.

HOW DOES EARTHMD CBD OIL COMPARE TO OTHER CBD OIL PRODUCTS?

We use nano-emulsion technology which makes our product more bio-absorbable, and more efficient than raw CBD oil (6% bioavailable) which means that not only is it more effective and fast-acting, it is less expensive in the long run because you need less per dose comparatively speaking.

Yes, CBD oil made from industrial hemp plants are legal to be sold and bought in the United States. In 2014, Congress signed into law the Agricultural Act of 2014 (also known as the “Farm Bill”). Under Section 7606, federal law does allow for the cultivation, processing and marketing of hemp and hemp products, which would include cannabinoids derived from industrial hemp. Under U.S. federal law, industrial hemp products (containing less than 0.3%
THC) can be commercially shipped to all 50 states.

WHAT ELSE IS IN EARTHMD CBD OIL?

EarthMD CBD is a premium, full spectrum hemp CBD oil, which means in addition to CBD it contains other naturally occurring phytocannabinoids and terpenes which are critical to activating the effects of CBD in your body. It also means that it is not a distillate, isolate or chemical version of CBD.

IS EARTHMD CBD TESTED FOR QUALITY AND INGREDIENTS?

EarthMD conforms to the highest industry standards for testing and purity .  We are non-GMO, organically grown, and nondetectable for heavy metals.  We are GMP compliant.

HOW ARE WE DIFFERENT than Charlotte’s Web, CV Sciences, and Prime my Body (Quick Silver)?

GENETICS: Our unique genetics is rich in CBD and other minor cannabinoids, and abundant with 30+ terpenes. CBD is more than 90% of all cannabinoids and primary terpenes are beta-caryophyllene, humulene, linalool, pinene, and bisabolol, and synergistic with CBD.

0.0% THC: Our proprietary manufacturing uses chromatography to remove THC but retains all other synergistic molecules in hemp oil. The removal of THC combined with preservation of diverse cannabinoids, terpenes, lipids, and flavonoids, ensures that the full spectrum nature of out oil is preserved. The full-spectrum oil is what is responsible for the entourage effect, which makes our hemp oil superior.

PROPRIETARY PRODUCT TECHNOLOGIES: The nanoemulsion based softgels are absorbed into the blood stream four-times higher than hemp oil and work quickly in full or empty stomach.

WHAT IS SPECIAL ABOUT OUR EXTRACTION PROCESS?

WHAT DO PHYTOCANNABIONIDS DO HOW DO THEY WORK?

Scientific evidence exist to show that CBD in the presence of other plant constituents improves the dose response in a standardized hemp extract, showing it is more potent or efficacious than pure CBD isolate.

*While all our Full Spectrum Hemp CBD oil products meet or exceed all Federal regulations for industrial hemp including THC content, our product has not been systematically studied for effects on drug testing. Please consult a physician before using CBD products containing hemp oil.

We are here for all your questions.

Email us with your zipcode to find a retailer nearest you.

If you have additional questions about our products feel free to contact us.